The Best Sustainable Razor for a Smooth Shave

Oye because I hate shaving. It’s the bane of my existence. But yet I can’t quite seem to give it up like some of my other girlfriends have. There’s just something about rolling into a bed with clean sheets and smooth legs that just makes my feel like I’m sleeping on a cloud in heaven.

And I’m so glad that I’ve found a sustainable razor that works so well for me because when I went zero waste I was afraid of what my options where going to be.

Obviously being zero waste meant that I had to give up ___, plastic ridden razors. I then found safety razors which I gave an honest go at for a couple of months.

But here’s the thing. I hated my safety razor. I could never get the angle or pressure right with the single blade. And it caused me to get a lot of razor burn that was never fun or sexy to deal with.

Some people swear by it, and that’s awesome! Do what makes you happy. But for me, I was left feeling like ____

Then, by the grace of god, I found Leaf Shave.

What’s this I hear? A sustainable razor?!

Yes! Leaf Shave produces a sustainable version of the traditional razors I grew up with (like Gilette). This reusable razor is made out of metal and the (replaceable) steel blades even come in a cardboard box.

What makes this better than a safety razor?

This razor comes with a pivoting head which means I don’t have to put nearly as much thought as to how I hold the razor when I slide it up my leg because it takes of all that.

And it told three blades at once, which gives you a closer and faster shave than the single blade safety razor.

Back view of the Leaf Shave Razor

I save how much on shaving now?!

In addition to having a great eco friendly shave, I have saved a ton of money by using my Leaf Razor instead of the traditional plastic razors. How much exactly? Let’s dig into the numbers.

The exact cost and usage will obviously depend on how often you shave, the surface area of what you are shaving, and how well you maintain your blades (keeping them dry, resharpening, etc). But for comparison sake, let’s make a couple of assumptions:

Let’s say that you replace your blade head after 4 shaves for both the Leaf Shave and the Gillette Razor.

And you replace your blade head twice a month.

With 4 shaves per blade head, you shave a total of 8 times a month.

How much you spend on Leaf Blades in one year:

Leaf blades are interesting because you snap the razor blade in half and then place that in your razor. So one blade will actually give you two separate edge pieces.

Now let's look at how much you'll spend on the Gillette Razor.

How much you spend on blades in one year:

You spend \$69 on Gillette Razor blades per year.

Savings from switching to a Leaf Shave Razors Blades: \$59 per year 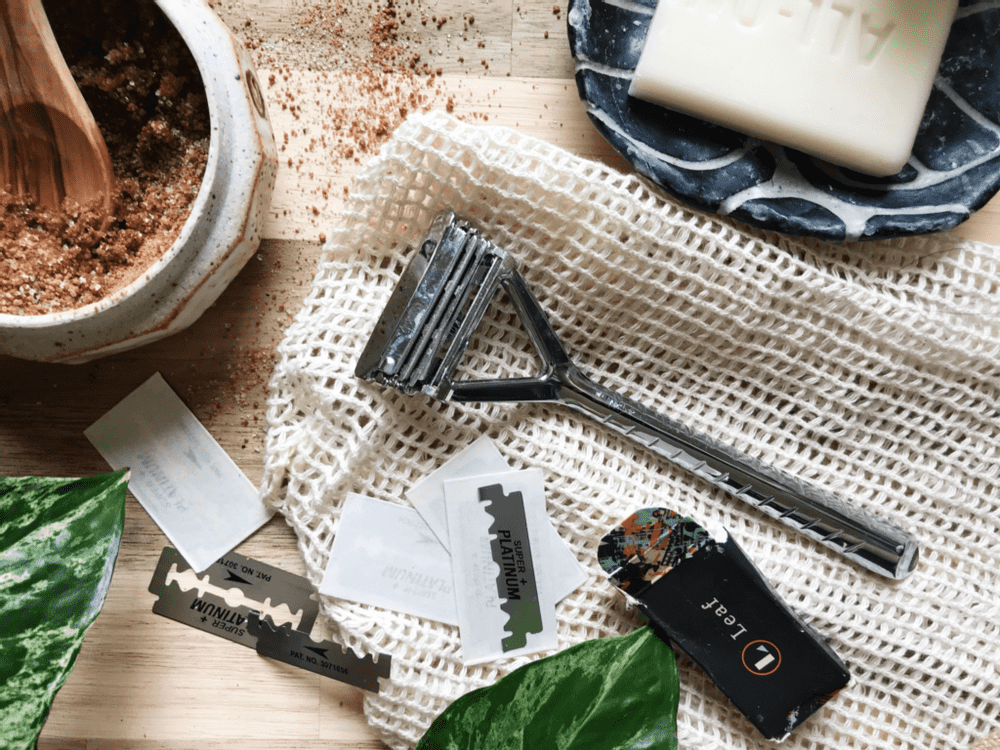 The Leaf Shave Sustainable Razor gets cheaper with time.

While the Leaf Shave Razor is $63 more for the handle, it will only take you about a year to recoup those costs (because you’d be spending $59 less on blades in just one year).

As the Leaf Shave Razor is meant to last you forever vs a Gillette Razor (which can last forever but people tend to replace), you’d be saving a ton of money.

Year 1 Use Cost: \$80 (cost of the razor and enough blades to replace the razor head twice a month)

Year 5 cost: \$50 (on blades only since the razor is meant to last forever)

Year 1 Use Cost: \$76 (cost of the razor and enough blade heads to replace it twice a month)

Year 1: the Leaf Shave will only be \$4 more expensive than the Gillete Razor

Year 2: you will save about \$60 on blades alone by switching to the Leaf Shave

As you can see, you really start to see the savings the longer you use the Leaf Shave Razor because the handle is meant to last forever and the blades are so cheap!

Any downsides to the Leaf Razor?

While I like 99% of the Leaf Shave Razor, I do think that the handle is a bit slippery when wet. It's not a monumental issue, but something I think could be an easy design fix in later editions. But for me, with the Leaf Razor edition, I have now, I will make sure I have a dry towel close by in case I need a better, dry grip.

While the Leaf Shave Razor is undoubtedly expensive up front, I've found the cost well worth it over the long run. Because not only are the blades soooo cheap, but because it's the best shave from a sustainable razor (sand just razor in general) I've ever had!

If it's ever in your budget, I highly highly recommend checking out this razor! <3

Pin this to save for later! 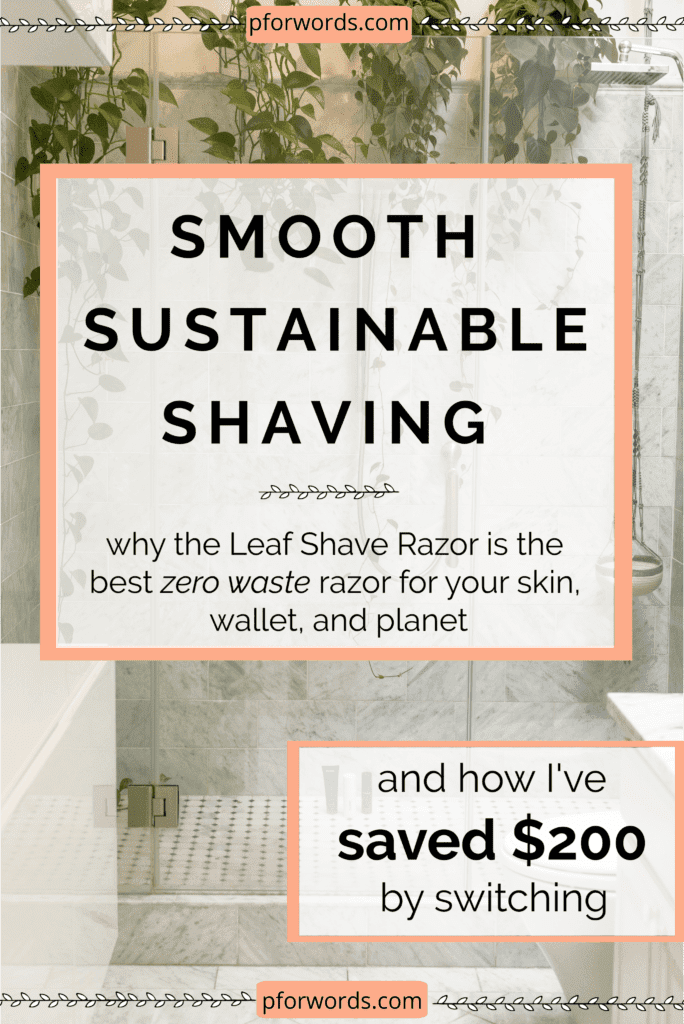 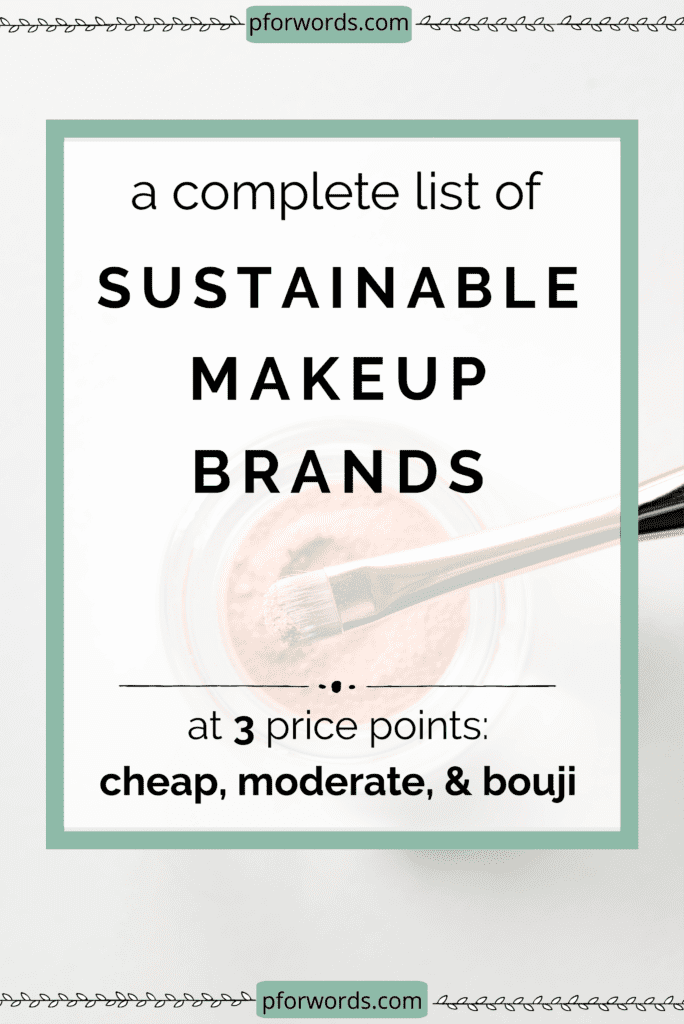 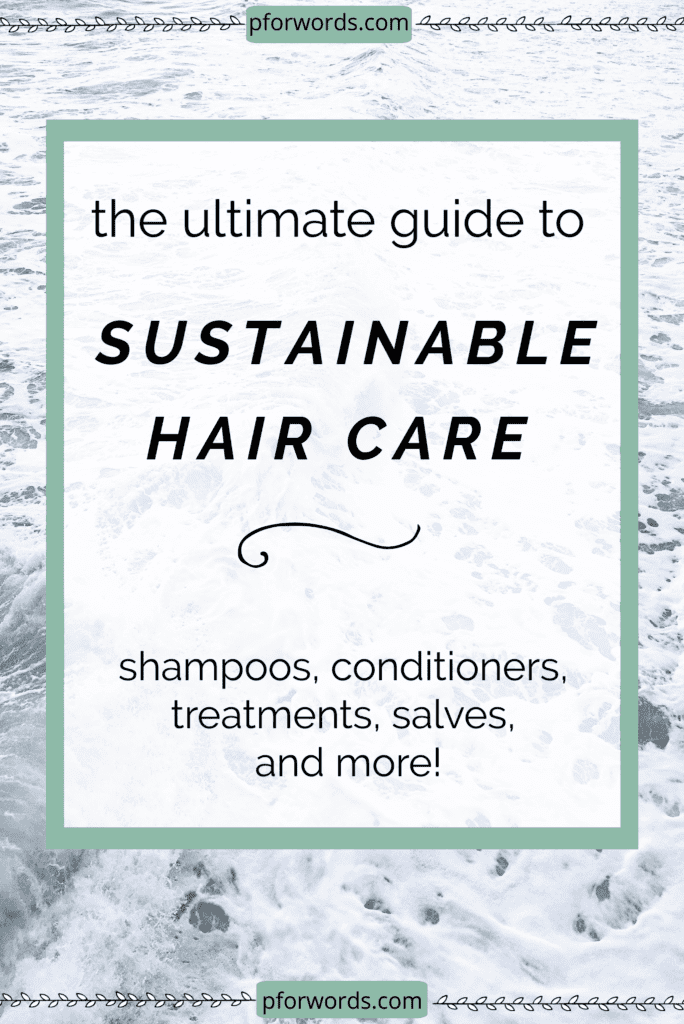 Amateur adult. Zero waste zealot. Personal finance fiend. Spicy food supporter. I’m an mid 20’s gal living in Denver, Colorado. My love of the outdoors has cultivated my zero waste lifestyle, which inadvertently fueled my passion for personal finance. Cheers to everyone interested in lessening their footprint while growing their wallet!